Closer to the stars, closer to the moon, closer to nature, closer to 봄 (Bom/spring) – this seemed a fitting theme for last week’s trip with KBS 춘천 at Hwacheon County. It only took us 45 minutes to an hour to get to Hwacheon and seeing such vast landscape seemed like entering a timeless piece of artwork. 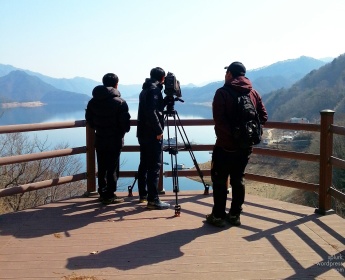 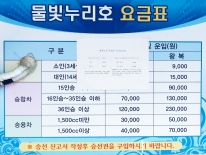 물빛노리호. Will oficially open on April and will run twice a day (10AM/4PM)

Our first stop was 파로호 (Paroho) to take a barge called 물빛노리호 (Mul-bit-nu-ri). The place looked quite empty so our PD invited the Ajuhssis and Ajuhmmas who were hoping to take the barge as well. It was a special trip that day – I suppose the operation day hasn’t started yet. We took the boat and I immediately ran for covers at the Captain’s room! It was a chilly and windy day and being on the barge that day was the worse idea because the wind wasn’t so friendly that it doesn’t only slap you ice cold but it also chop your lips. Oh the pain! 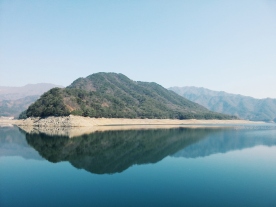 I had a small chitchat with the Captain. He had been driving the boat since 2008 and that during those times, he only had a small count of foreigners who took the boat. It was a sad story. Taking this boat that brings you to an exhilarating view is definitely a thing that visiting tourists in Korea are missing! Nonetheless, the captain told me that I should try coming back on Fall because it was his favorite season to drive and enjoy the lake’s peaceful and calming scenery. I definitely would! It’s a shame that I left my camera at home that day because the PD told me so. *face palm*

Our next stop was 조경철 천문대 (Kyeongcheol Jo’s Observatory). It was an observatory placed on top of the highest mountain in the area, like a cherry, a thousand meters up above. We were greeted by one of the staff and one photographer whose works are mostly of constellations and time-lapses. The observatory had three floors. The basement was the office and a gallery to commemorate Kyeongcheol’s life as a scientist and an avid fan of cars. Interestingly, this guy is a North Korean who is fluent in Japanese, Chinese, English and perhaps another language. His paintings were above average and he is fond of creating comics and writing books. Also, there is a star named after him. Too bad, he passed away last 2010. Nonetheless, this observatory may have been his playground. 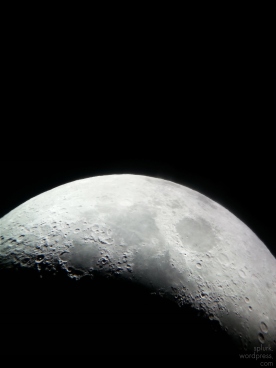 For every room we entered, I am taken aback by the huge telescopes I see. The tour guide told me that the ones I’m seeing were just installed the day before we arrived! Boy was I lucky to see all of that! But the best part was yet to come. We waited until the sunset, drove back to town to eat dinner, and went back to actually experience these new thingamajigs! The tour guide seemed please with my every reaction that he asked me if I wanted to work part-time at the observatory! If only it was closer to home, I would’ve said yes! Our shoot that day ended around 11pm – but despite all the time consumed, the breathtaking view of stars and the moon was worth all it. 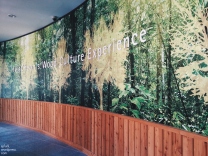 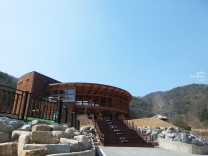 Our second day was spent entirely at the 화천목재문화체험장 (Hwacheon’s Wood Culture Experience). We were expecting a few students to accompany me as we planned to create something that afternoon; unfortunately, they didn’t show up. So, I ended up playing with the blocks laid on the tables and strolling outside as it was too cold on the interior. That day, the guide taught me how to use carpentry materials which I am scared of using – the wood cutter, that gun that shoots something which staple pieces of wood together, and etc. At the end of the day, I was able to create my own book shelf made from pine tree. It was simple, pretty, and just a practical choice for a student like me.

The Bookshelf I made 🙂

Pension house beside the place

Last week’s trip was again a sponsored trip which meant that we didn’t use the public transportation service. Like most county’s in Korea, the places we visited during those two days were hours away from the city and the bus or other vehicles are rarely present in the area. Renting a car is the most logical way to enjoy and wander around Hwacheon. I’ll write down the Korean address below so that you’ll be able to locate it easier on GPS 🙂

Update: Here’s the episode of 이야기가 있는 풍경 where this trip was featured 🙂